The legs that move, the pulse that increases, the breathing that is agitated … are sensations that we all have when running anywhere, but in Namibia they feel before starting.
Just looking at the landscape makes you want to explore it, to share a few jumps with a group of antelopes, or to try to reach the sun that, like a fireball, hides behind a huge dune on the horizon. Emotions.

I have traveled a lot, I have seen many deserts, and I have run many races, but I only remember those with souls.

Those that have spoken to me without making a sound, in which I have been short of breath without running, or in which goose bumps have risen without feeling cold.
The 100km of Namib Desert is one of them. A race with such brutal strength that even if you complete it walking, and I guarantee you will walk, you will keep it in your memory like a treasure. From the days with a crushing sun where you contemplate the thermometer thinking that it does not work well, to the nights where you can feel microscopic under a blanket of millions of stars.
Indelible memories. 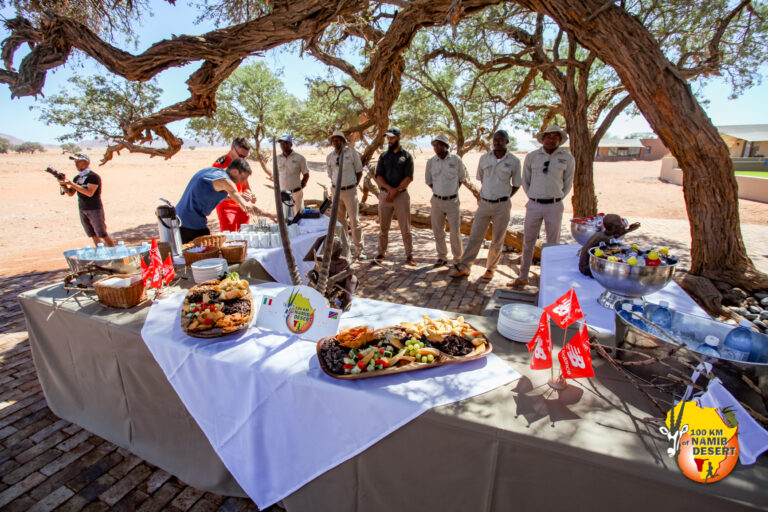 They say that the Namib desert is the oldest in the world. It is thirty million years old. Twelve ago, an Italian, traveler and runner, decided it was the perfect place for a race. After overcoming infinite problems and an endless bureaucracy, the 100km of Namib Desert was born, a test for gourmets, for runners who are hunters of emotions and not points.

In a world where each race wants to be the most extreme, the longest, the most difficult, the Zitoway Sport & Adventure, which is what the organization is called, decided to propose a different program, a perfect balance of comfort and adventure. The hotel where the runners are housed is as superb as it is small. This, far from being a limitation, has become a hallmark of this event. It is one of their secrets: it will never be a massive race. If you are one of the chosen ones, you are in luck, as you will be fortunate to enjoy Italian hospitality in Africa, an unbeatable cocktail.

The 100km of Namib Desert is divided into 4 stages, combining extreme athletic competition on difficult terrain that changes completely every day, with a stay at the pleasant Sossusvlei lodge capable of transporting paradise to earth.
Namib Naukluft is a natural park surrounded by the highest red sand dunes in the world. Mountains of sand of more than 300 meters high that intimidate us with their presence and that serve as shelter for hundreds of species that runners will find in their path: oryx, ostriches, buffalo or springboks, are common. You can even see a hyena.
Each stage is different. The first day you walk through the Red Rocks, a small valley where the walls seem to catch fire at sunset; the Sesriem canyon awaits the participants on the second day; in the third, it runs alongside asad dunes and the highest mountain in the area, among herds of antelopes.
For the last, the most spectacular awaits: a sunrise departure from the famous Dune 45, and of course, the climb to the Crazy Dune, which they say is the highest sand dune in the world, with its subsequent and dizzying descent al Dead Vlei, a plain with a hard white ground surrounded by red dunes, and with a multitude of petrified black trees that will push the emotions of the runners to the limit. 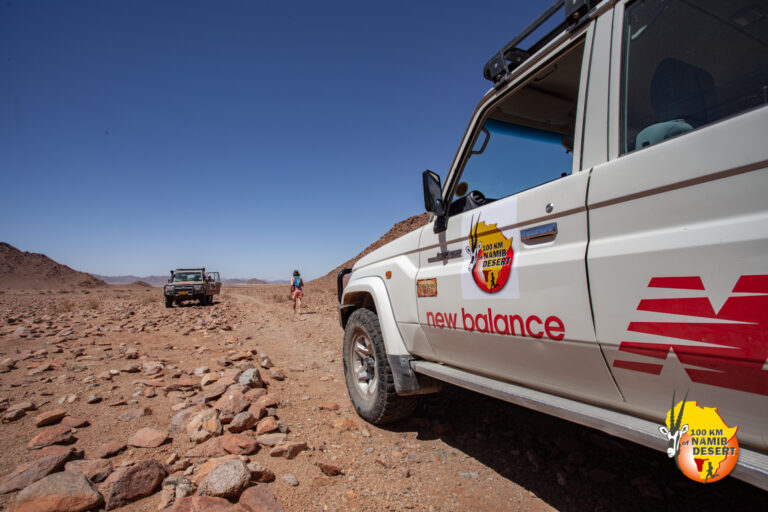 The arrival at the finish will awaken the runners from a dream, while sitting in the shade of an acacia forest, they’re applauding the arrival of the fellow runners. The emotions and gestures lived are many. Jumping, crying, screaming, looking at the sky as raising a prayer. But the one that abounds the most is the wide, enormous smile of those who have fulfilled a dream and want to start it again.

The 100km of Namib Desert has celebrated its fourteenth edition this year 2020. 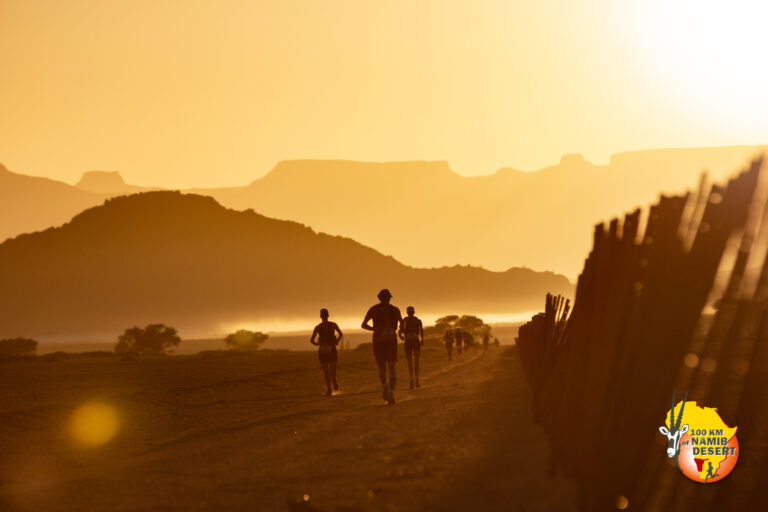