The three myths: Do we really understand race organizers?

In these times of Coronavirus, I am re-editing some already published texts that can be entertaining to re read.

This article was published in Runner’s World in September 2016.

Some myths in the world of race organization.

There are several myths around Race prices and the benefits of organizations that I would love to analyze, namely:

Myth 1: It is bad to make money organizing races.

Lately I’ve been witnessing a situation that surprises me the least: the demonization of rece organizers. It seems that earning money working as a lawyer, architect or doctor is fine, but earning it by organizing races is outrageous, it is much worse than having gone to Big Brother Vip, or to Andorra with garbage bags full of money.

Let’s talk a little about it. In the world there are many different Trail races and increasing, organized by multiple types of entities, from athletic or mountain clubs to neighborhood associations, brands or municipalities or official entities. But there are also professionals, people who, having chosen to dedicate themselves to that, create a society to organize races as a profession.

The reason that a club, a city council or any other type of particular entity may have to organize a race is multiple, to create activities for its members, to promote a geographical area or a product, or just for fun. The fundamental reason that a professional organization has to create and organize a race is mainly profit, of course, as a workshop or a MacDonalds, which is not bad, or is it that we do not pay the mechanic to fix the car…. ?

As it is logical now we enter the quality of the final product, but that happens with any other profession, what happens if the doctor gives us the wrong treatment or the architect writes the project with inconsistencies? The same must be demanded to an organizer, who correctly advertises the product he sells and we find ourselves at the end of our experience with what they had announced to us. If that is so, there is no possible protest.

Myth 2: All organizers get rich.
The second myth is precisely that of the large amounts of money earn by organizing races. I have long since crossed the line that divides the runner from organizer and although I am now on horseback between them, I’m perfectly aware that very, very, very very few organizers (3 very) will get rich with this, if any.

The job of organizing races is high risk and low profit in general, and of course very vocational. Anyone who has seriously considered it can do it, but the general public goes to the easy way of calculating: I have paid X for the bib number, multiplied by how many we are ……that is the amount they are getting.

Small details such as insurance, t-shirts, aid stations, staff, logistics, medical care, permits, vehicles … etc go unnoticed and are not considered at all, that is the advantage of the easy path to calculate profit.

The truth is that the margins with which one usually works are minimal and if a good service is provided, it is normal to lose money until the race is consolidated with a minimum number of runners increasingly difficult to achieve due to the increase number of races in the calendar every day.
The job of organizing races is, as I said before, completely vocational, athletes who want many people to share their passion and try to live from it are usually the characters who enter the rambling world of the Trail race organizers and must fight thousands problems of all kinds so that at the end you see a lucid event that “apparently” is very simple, permits that do not arrive, sponsors that do not answer, registered runners who do not register, volunteers who are not found and, of course, accounts that do come out in black, but in red .
This does not mean that everyone is starving because if that were the case there would be no successful races and multiple editions, but it is clear that if you look at history, each race has had more or less dramatic editions in terms of budget.
The success of each race is a mystery about which I have no intention of speaking because it seems more difficult to understand than telephone rates. There are races that are successful since edition 1, while there are others that without knowing why, and with all the cards to have it, they do not take off in life or directly they do not celebrate the second edition.

Myth 3: Racing is too expensive.
And we have the Third Myth, that of the price of the races, why do some races seem expensive to us and others don’t?

My point of view is clear, you cannot judge anything in life without first learning what is really offered in exchange for a certain money and a race is no different. What leads some to criticize the price of a race without having run it? Maybe characteristics that are not very sporty, such as ignorance or envy.

A race is not only what is included in the runner’s bag but a complete sensory experience that you have to live and taste with enthusiasm. And it is only after living it that you can judge whether the price we have paid is worth it or not. The experience can be affected by details such as the weather, the friendliness of the volunteers or the organization, or the chosen track.

I like to compare it with the Michelin Guide, in which the quality of world restaurants is rated with stars. It is judged and scored from the way of arriving, the parking, the cloakroom, the service, the toilets and of course the food. Eating in a restaurant with three Michelin stars is usually a brutal experience long before we sit down and put something in our mouths and exactly the same thing happens with the races.

Anyone who dares to judge the price of any race before running it is at least an unconscious and a priori disrespects an organization that surely has thought the price a lot so that it is low enough so that it can be attractive and high enough not to lose a lot of money.

Race prices are not random. Nobody organizes a race so that nobody goes, so it is logical to suppose that every organizer with a minimum of common sense has put the price fair and balanced.

Let’s stop following the one ahead and think for ourselves and this certainly goes for the races, so many would not be lost, but this is another topic that we will talk about another time. 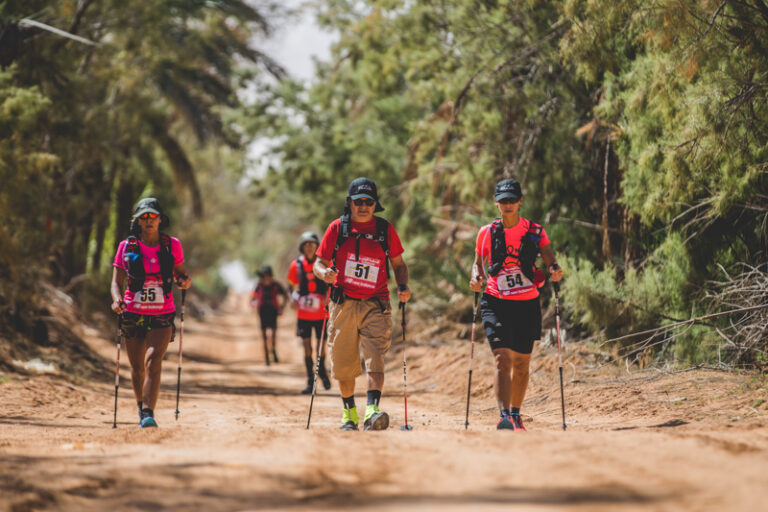